Have you ever had to deal with the theft of a fleet vehicle of the merchandise it was carrying? If you have then you know the cost, stress, and hassle that dealing with it can bring. If you haven’t, take it from us, it’s not something you want to go through.

Losing a vehicle or a large amount of merchandise can be crippling to a small business. Even large corporations can face major setbacks when it happens. If you want to protect your vehicles and the goods they transport from theft, then you need to see what our fleet automation system with Realtime GPS tracking can do for your business. 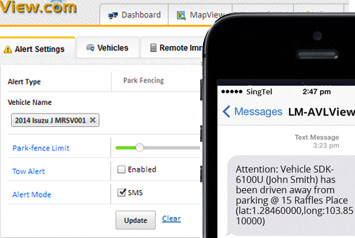 With our system, you can program a virtual fence around your fleet. If any of your vehicles leave the “fence” when they are not scheduled too, the GPS tracker will pick up on it and send you a warning. This can help alert you to theft and other serious issues like your drivers using company vehicles for unauthorized trips.


Remote Immobilization Stops Thieves In Their Tracks
If the worst happens and you receive a warning that one or more of your vehicles is leaving your virtual fence without authorization, you can quickly put a stop to the theft attempt with remote immobilization included in many of our fleet automation packages. You can remotely stop the vehicle from being able to travel any further then notify authorities of the exact GPS location of your vehicle. 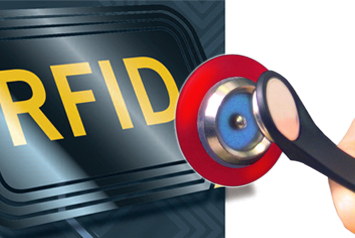 With our fleet automation system, you can fit your drivers with a variety or unique identification markers like iButtons or RFid chips. This means you will know what driver is in what vehicle at all times. Plus, you can be alerted the moment an unauthorized person starts driving the vehicle.

For more information on protecting your vehicles from theft with a fleet automation system, contact us today for a personal consultation.

Do you own a business that delivers food or other consumer items to peoples home with your own fleet of vehicles? Have you been struggling with not meeting your promised delivery times? Are you feeling like your drivers could be acting more efficiently? Then fleet automation may be the next tool your growing business needs. 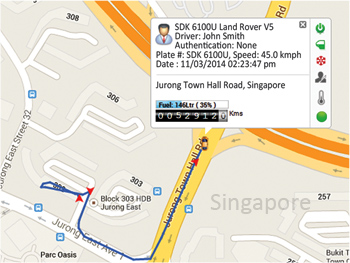 Are your drivers taking the quickest routes to their destinations? Are they running personal errands on company time? Do you have concerns about products not reaching customers? Online vehicle tracking as part of a fleet automation system can be a big step toward remedying these and many other common concerns.

With the option to Track vehicles online, you will be able to see where every single one of your fleet vehicles is at any time. You can monitor the routes they take and get alerted if they stray off from assigned paths. It gives you the ability to analyze your delivery routes over time and explore other options.

We love small businesses, so we have made sure to develop fleet automation packages to fit any budget. We love to help customers save more money through optimizing their fleet than they spend on our services. If you are tired of struggling with the costs of a fleet that is not running at its best, then let us help you get to the point you need to be at. Contact us today for a personal consultation.

With the price of oil skyrocketing again, cutting costs and conserving fuel is on the minds of just about every fleet owner. Fleet tracking is an easy, effective way to optimize performance and reduce fuel consumption.

Fleet tracking has a lot of cost-saving benefits. At the top of the list are increased productivity and decreased waste and unauthorized use.

Tracking is so sophisticated that it can monitor vehicle location, speed, patterns of acceleration, and whether the engine is idling. High-speed driving, jackrabbit acceleration, and idling for long periods with the air-conditioner blasting are all huge fuel wasters. But without hard data, it’s impossible to hold drivers accountable.

Now you can educate drivers in practices that conserve fuel and minimize vehicle wear and tear—then alert them when their driving causes unnecessary waste. 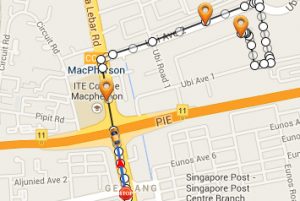 More Efficient Routing
Routing efficiencies are another way to cut costs. With our service you can improve driver productivity by as much as 40 hours per month, PER DRIVER. With “route fencing,” you know immediately if a driver deviates from the set route (saving the costs associated with personal side trips). But if a shortcut is available or detour is required, our software lets you know.

Increased Client Satisfaction
Streamlining operations, lowering costs and increasing efficiency benefit your clients. By keeping your costs down, you’re able to offer better prices to your customers. And by increasing routing efficiency you ensure goods consistently arrive on time.

Our approach is so simple, agile and systematic that it makes the process of monitoring information on each vehicle easy and painless. You get the results you want, without the hassle of sifting through a barrage of data. To find out how we can help you optimize your fleet and lower costs, please contact us.

John Smith, is the fleet operations manager of a logistics company with a fleet of 75 trucks. All his drivers are required to fill their time logs while they reach each delivery point to ensure transparency in the process, which they do after the completion of each trip. His company kept all these records to forecast time & fleet costs for future trips.

But with the logs, he found out a large variance in time taken by many drivers to reach scheduled delivery points and the worst case being, he was unable to calculate the exact time required to reach there. And he couldn’t identify the reasons for such lags. Some drivers pointed fingers at traffic as the #1 reason, whereas some others said, it took them long time to reach delivery points even while on regular routes. Is there any discrepancy involved? Well, fleet costs are going up. 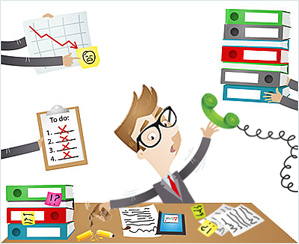 John put himself on the driver’s seat to sort the issues and assigned drivers to go through the same route. He then realized that one of his drivers took only 30 minutes to reach the delivery point, and another one 55 minutes; one driver even took over 1 hour to reach the same point.

John decided to drive all by himself and find out how much time it will normally take and the result came as a shocker to himself, he reached in less than 25 minutes. Surprisingly the route assigned to drivers was not a busy route at all. Totally puzzled now, he began thinking of the possible reasons…

Lazy drivers taking excessive breaks.
Not going through the route they are supposed to travel through.
Stuffing personal tasks in between work schedules & using company vehicles to fulfill their needs.
Some drivers taking it real slow, so they can reduce their work efforts, visiting 7 delivery points instead of 12 as per schedule.

or could be something else that needs to be identified.

Now, whatever the reason maybe, the fact is John still gets frequent calls from clients asking the whereabouts of vehicles and his logbook is full of complaints from clients, about inconsistent delivery schedule and delays, and from his drivers that, “there were no one at the client site to help him unload goods”.

So with whom does the real issue lie now? Well, if it’s at the driver’s end, John has to make sure that this will not happen in the future. Because John knows well, with unhappy customers no company can survive in today’s highly competitive market.

Do all these sounds familiar to you? Are you John? If you are not, one thing is sure, that you have seen many Johns who suffer from similar challenges in fleet operation.

All John needs to do is to choose the service from a fleet automation system with real time tracking that could show you live tracking on map along with route trail, directional arrows & stop notifications. This will let him track vehicles/assets/personnel in real time, 24/7.

No longer does John has to blindly trust manual logs, know where all do they go & how long they stop; no more excessive breaks or time wastage, minimum effort- maximum productivity, benefits & returns. 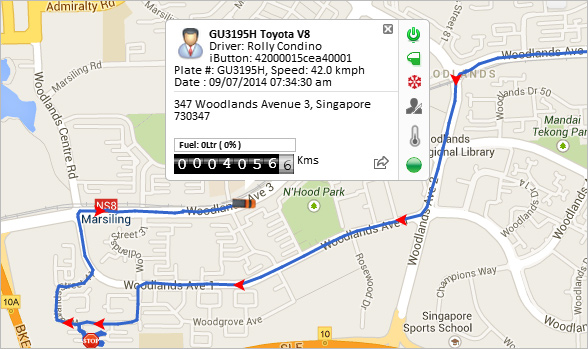 How could it help you if you were John?
Read more →

“My street lights are not working for a month now”

“It’s ok, your area is far better than mine, electric lines are so rusty that it could break with an above-average wind”

“You are kidding, drainage in our colony is stinking and we are so concerned about our kids’ health”

“And when I am calling helpline, this is what they say “Ohhh!! I apologize for the delay, none of our teams are there in your area right now”

“How did they know that none of their teams are here, I could see one of the employees sitting in their jeep right there chattering around”

Workforce assigned with these tasks by the authorities perform their job when they find enough time, after all their household assignments; dropping children @ school, buying veggies from the market and so on.

Hang on; not the same story for Mangalore City Corporation now!!

City Corporation of Mangalore, a small township in India is proving how GPS tracking can be beneficial by offering timely services to the residents; simply when a street light goes off or a power outage, drainage block etc. All the 20 corporation vehicles equipped with GPS tracking have also been provided with a ‘Lakshman Rekha’-(or so-called Geofencing) keeping the teams away from wasting time in unnecessary breaks and personal purposes.

Through GPS technology, Corporation Authorities are keeping track of their teams every moment ensuring jobs are done in time and not left incomplete. According to the sources, MCC is not going to stop, but to extend the technology to various other civic bodies including sewage, pump works and other related infrastructure departments. Officials are pretty sure that these GPS tracking systems are not only going to improve work productivity of their field teams, but also bring best results to public in least time.